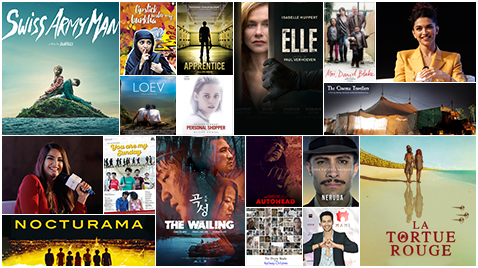 Royal Stag Barrel Select Large Short Films is proud to associate with the Jio MAMI 18th Mumbai Film Festival with Star by providing a platform within the short films category. The Mumbai Film Festival is the biggest movie feast in India showcasing the latest cutting-edge, independent cinema from across the world. The association will help to promote new trends in the cinema space -the short film category.

Speaking about the association, Raja Banerji, Assistant Vice President, Marketing, Pernod Ricard India, said “We are extremely proud of our association with JIO MAMI. Short Films has evolved as a category in India in the last few years and the advent of the digital space has played a significant role in this growth. Not only are short films emerging as powerful as long feature films attracting great audience online, but are also attracting great talent from the mainstream film industry. Keeping pace with the changing times, Royal Stag Barrel Select Large Short Films is happy to own the short film category at Mumbai Film Festival. This association will be a significant milestone for Royal Stag Barrel Select Large short films in its journey to become the destination platform for short films.” 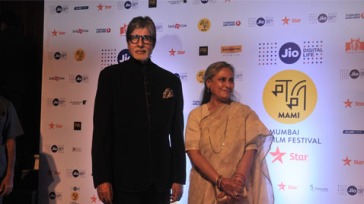 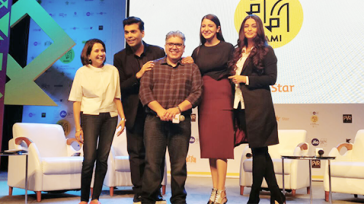 Anupama Chopra, Festival Director, Jio MAMI with Star said,”In an article titled Does Cinema need Short Films, New Yorker film critic Richard Brody wrote: The short film doesn’t supplant the feature; it nourishes it. It doesn’t make a filmmaker’s career, but it augments it, just as a brief visit to a friend may bring a wise word that may stick with a person for a lifetime. Or, to put it another way, movie theatres are like restaurants, which offer a chance for a good long talk; but there are also cafés for a chat, and the cinema needs those, too. I absolutely agree. Which is why I’m thrilled that Jio MAMI with Star is partnering with Royal Stag Barrel Select Large short films for this category. We hope that something wonderful will emerge.”

Royal Stag Barrel Select Large Short Films and Jio MAMI with Star are united in their commitment to the short film genre which is why they have co-created a unique contest for aspiring filmmakers. It will inspire young film-makers across the country to create original short films and provide them the right platform to showcase their work. The winning short film will screen at the festival and the director will get an opportunity to intern with VCF. The contest will be judged by an eminent jury comprising Actor Tisca Chopra, renowned film critic Anupama Chopra and festival Creative Director Smriti Kiran.

Smriti Kiran, Creative Director, Jio MAMI with Star, said, “This association opens up the short film piece at the festival and that is very exciting. We are glad to be partners with Royal Stag Barrel Select Large Short Films which has built its credibility and created a solid place in the short films space.”
Themed on the objective of “keep perfecting”, the Royal Stag Barrel Select Large Short Films is a platform for aspiring directors to feature along with mainstream Bollywood directors and chase their creative energy to establish themselves in the industry. The platform gives a stage to storytellers to showcase their artistic creativity and reach out to their target audience through the online world as the brand urges them to push for perfection when it comes to filmmaking.